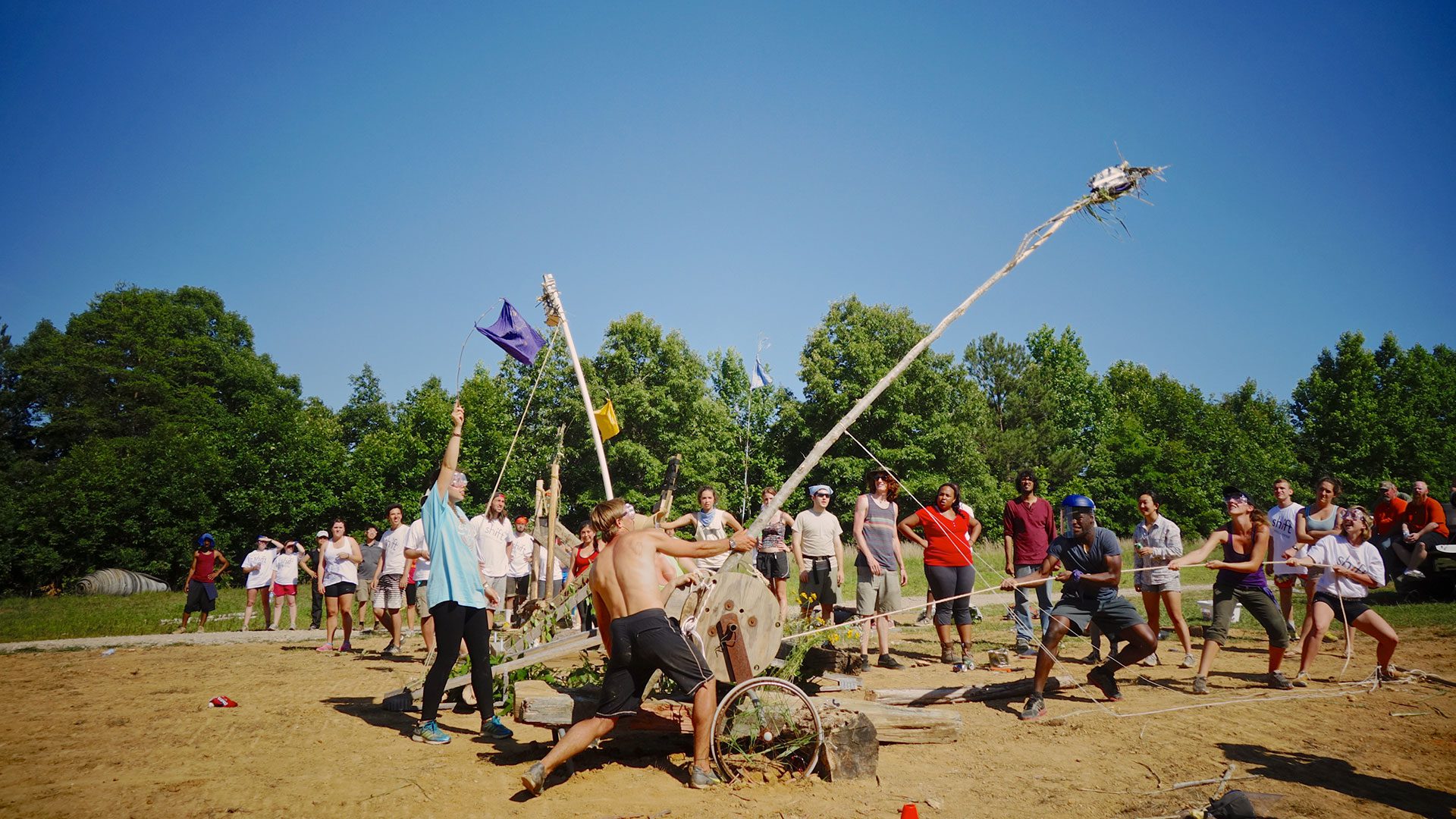 The magic reset. All you have to do is hold down SHIFT/CONTROL/DELETE to start it all over. But you can’t really delete all that has happened in your life. You can’t just put everything on hold forever. But you can take some time to step away and reevaluate priorities and rediscover your driving values.

2013 was the year we ran the pilot for our camps. We naively just wanted to get students out of the classroom after the term was over. Little did we realize the passionate following and community that would ultimately develop from this humble beginning.

Before we even left the city to head out into the woods, we spent a few weeks working through the activities, the website, the branding, and even the hype videos. This was mostly student lead and managed. The students built and planned the event that they wanted to attend. Watching the swell of interest grow is how we knew it wouldn’t be just five of us sitting alone in the woods.

So then here we are. Setting up tents in the middle of 7000 acres. We started the week off with a challenge for the team that could create the best shower experience. All the groups had the same shower tent and construction tools. The best part was they then felt obligated to build up the rest of the community space to the same level of finish. This community design/build activity would later become a staple event at every camp.

The next few days included lectures and activities on water purification, geodesic dome construction, wood carving, and snake skinning. It was a diverse collection of learnings that provided the similarly diverse group of students a look into sustainable design, circular systems, and how Mother Nature tends to be the best designer.

On the last day, we had a fantastic time designing and building a water balloon launcher. And not just any launcher, mind you. We gave the students access to ridiculous amounts of farm equipment, scrap piles, and any tool they could think of. They spent the afternoon sketching, prototyping, and testing. The finale was an explosive array of colored balloons flying through the air, rolling on the ground, and launching backward into its own team. One of the more robust machines that survived the day was edited just a bit so we could light up the night sky with the dangerous glow of fireballs. Yes. We launched, and it was glorious.

We learned much from that passionate group of early adopters. Maybe they followed us out to the middle of the woods because they just wanted to camp, or perhaps they felt they needed to augment and amplify their formal education. Whatever their motivation was, it changed our lives in ways they could never truly understand. Thanks, Shifters!